A video record of Swedish designer, Agneta Svensk’s work through the seasons with the Asad Company in Turkey.


“One of the companies that make the best carpets with traditional designs anywhere in the world”
Hali – Leading Rug Makers, 2010

‘Asad was established as a direct reaction to the rapid desertion, and slow death of villages in Central Anatolia in the 1970s. The founders witnessed the mass migration to Turkey’s cities, and the loss of age-old rural traditions, and determined to set up a handweaving facility 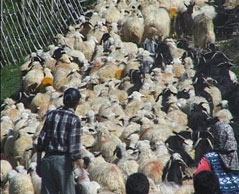 making high quality kilims and rugs to order, which in turn would give people a reason to return home, and escape the deprivations of the cities.’

‘Establishing trust with the village communities took various forms such as investing in street lights, tractors, and a course on crop rotation with a visiting agronomist, but from those hard-won relationships has emerged a weaving company that now enjoys unparalleled recognition among 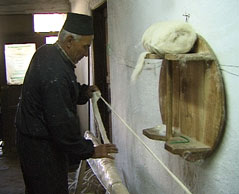 distinguished designers in the UK, Europe, Scandinavia, the Gulf, Asia and the USA, for whom it makes bespoke traditional and contemporary designed carpets and kilims in the finest silk and wool. The company’s experience is second to none, and the founders reflect the trust that the village elders had in them in the way that they do business, asserting that “our word is our bond.”’ 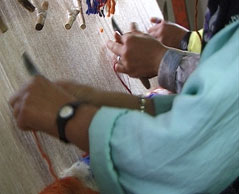 ‘The carpet weaving traditions are deeply engrained in the cultural heritage of the area, and so it is appropriate that Asad’s rendering of this (see image left) famous, and much copied carpet is the most successful, and inspiring that I have seen. The colours are sublime and deeply saturated, and reflect the clarity, and expertise of Asad, that has won them the custom of important and exacting clients, both professional and private.’ 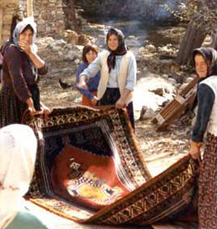 ‘One of the characteristics that can be used to evaluate the quality of a carpet, both in terms of weave and design, is through inspecting certain details, which are cut in lesser, examples and easily seen. In this carpet the borders reveal the care that has been taken, where one can see that kufesque elements in the main border are fully formed in much the same way that the yellow forms in the minor borders are fully articulated.’ 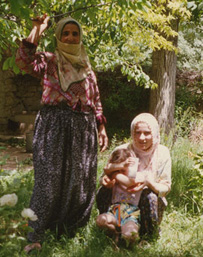